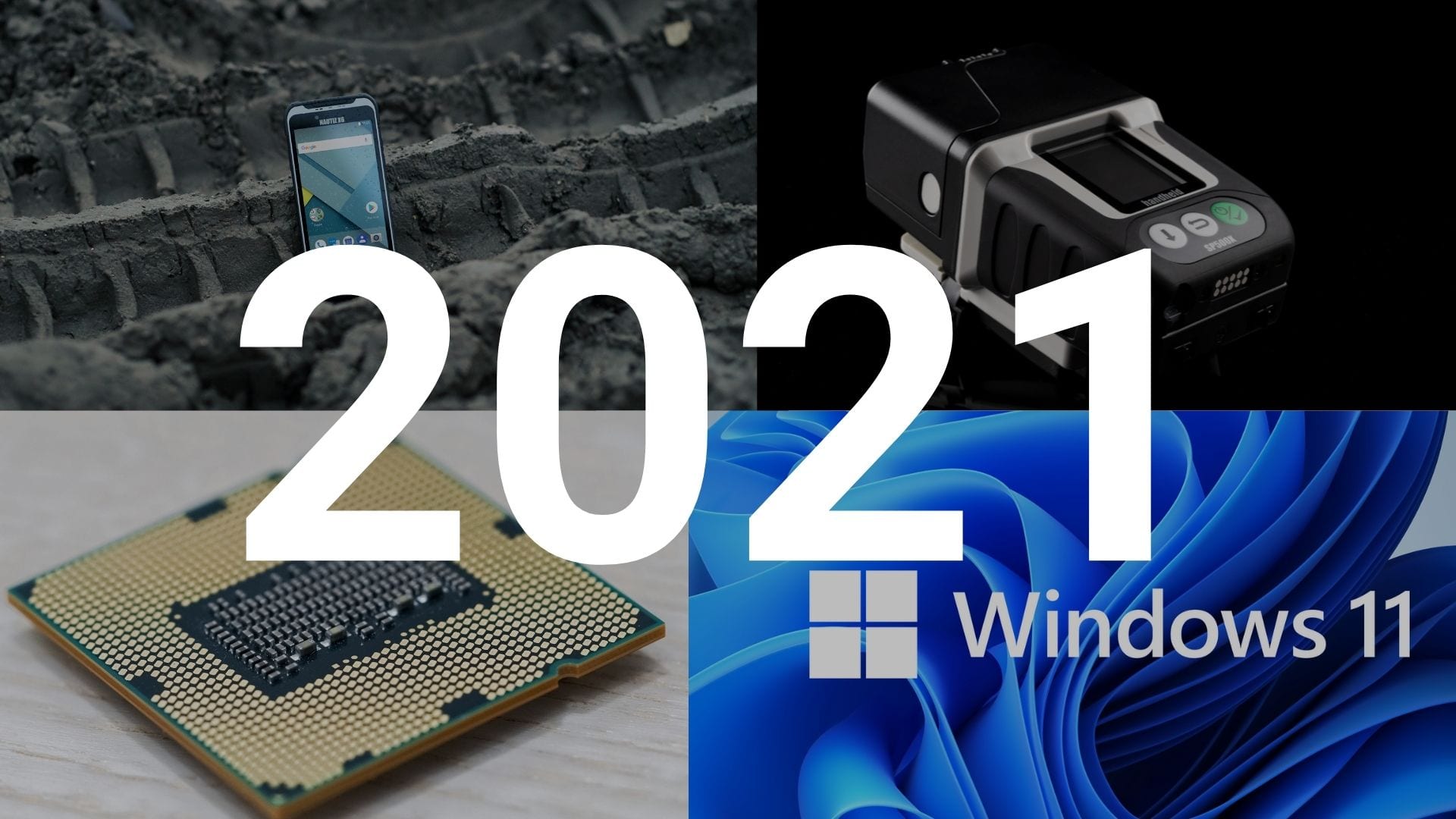 2021 has been another eventful year to say the least, both in the business of rugged computers and in the world as a whole. New challenges had to be overcome, many of them caused by the ongoing pandemic. Most notably among them was the shortage in semiconductors and containers which caused havoc in the global supply chains.

The changes caused by the pandemic brought some positives as well in the form of some impressive innovation and technological leaps. The e-commerce boom has accelerated and several smart solutions have been launched to help the warehouses and package handlers keep up. One of the major trends in the rugged field has been, and will certainly continue to be wearables.

We have also seen some exciting new upgrades both in the forms of hardware and software. Among them, Nautiz X6 and Nautiz X9 got major upgrades in both categories. Other interesting news was the release of several new versions of operating systems.

One of the major themes of 2021 has been supply chain issues. The pandemic caused semiconductor factories to shut down at the same time as the demand for consumer electronics rose quickly, causing a major shortage. That wasn’t the only problem caused by the pandemic however. Shutdowns hit different parts of the world at different times leaving the entire international shipping fleet in disarray. The majority of all containers were basically in the wrong part of the world and shipping costs skyrocketed. To top it all off we had the Ever Given running aground and blocking the entire Suez canal.

Some truly amazing tech has been unveiled and even though much of it is in early testing stages it has the potential to reshape the way we work entirely.

Hardware upgrades software updates and hardware with upgraded software. Every area has basically gotten better this year. Among rugged computers, we highlighted Handhelds Nautiz X6 and Nautiz X9. They have both been upgraded to Android 11 along with receiving major hardware upgrades. On the software side, we have seen rollouts of both Windows 11 and Android 12 start.