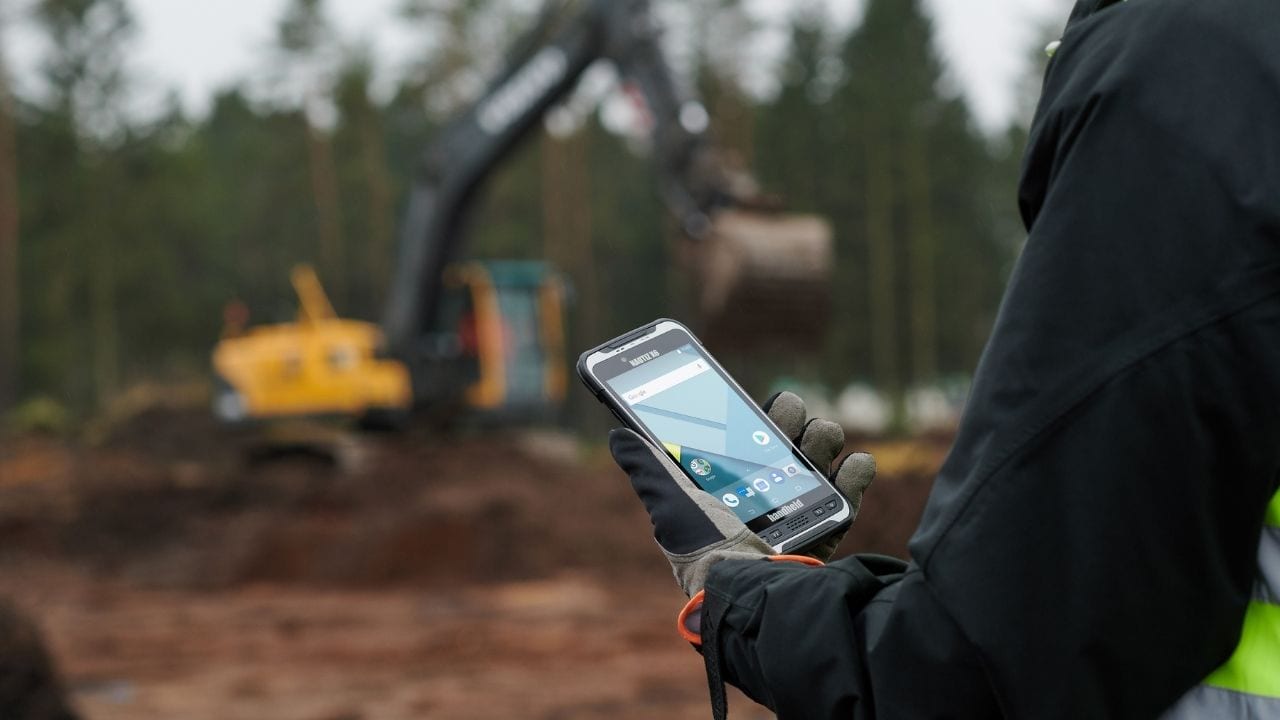 The stream of new announcements from Handheld does not seem to be slowing down. In the span of a few weeks, they have announced the launch of their new wearables section, the first-ever ScanPrinter, the SP500X, and the RS60 Ring Scanner. Today they make another major announcement as new Nautiz X6 units will be equipped with Android 11 as well as be AER certified.

Nautiz X6 is an ultra-rugged phablet, a combination of a tablet and a rugged handheld that makes for a multifaceted device. The device has an IP 67 rating so it’s fully dust and waterproof, making it ideal for outdoor work. It´s also equipped with a highly accurate GPS receiver which makes it ideal for Surveying and GIS mapping among other things.

AER is short for Android Enterprise Recommended. Simply put this can be seen as a vote of confidence from Android and its parent company Google.

Why the upgrade to Android 11 matters

In general Android supports an OS version for 3 years, after that, a device on an outdated OS will stop receiving updates. One key part of new updates is security and as the amount of cyberattacks increases so too does the importance of keeping all devices secure.

While Android 12 seems to be just around the corner, Android 11 is the absolute latest in the rugged business. Compared to commercial units, all rugged computers stay longer on the same OS.

Another key feature of upgrading to Android 11 is battery efficiency, a new OS will drain the battery less. The new Nautiz X6 can works several shifts in a row without charging.

Improved hardware as well as software

Along with the upgraded software the new Nautiz X6 features improved hardware. It comes with 4 GB of ram, 64 GB of storage and an 8-core, 2.2 GHz Qualcomm® Snapdragon processor. It is equipped with dual cameras and the 6-inch screen is covered by ultra-rugged Gorilla glass.

The wide array of accessories makes Nautiz X6 easy to adapt for most jobs. Among other things, you can add a 2D imager, various mounts and vehicle docks.

The new Nautiz X6 is available to be ordered right away and according to Handheld, shipments are expected to start in mid-September.