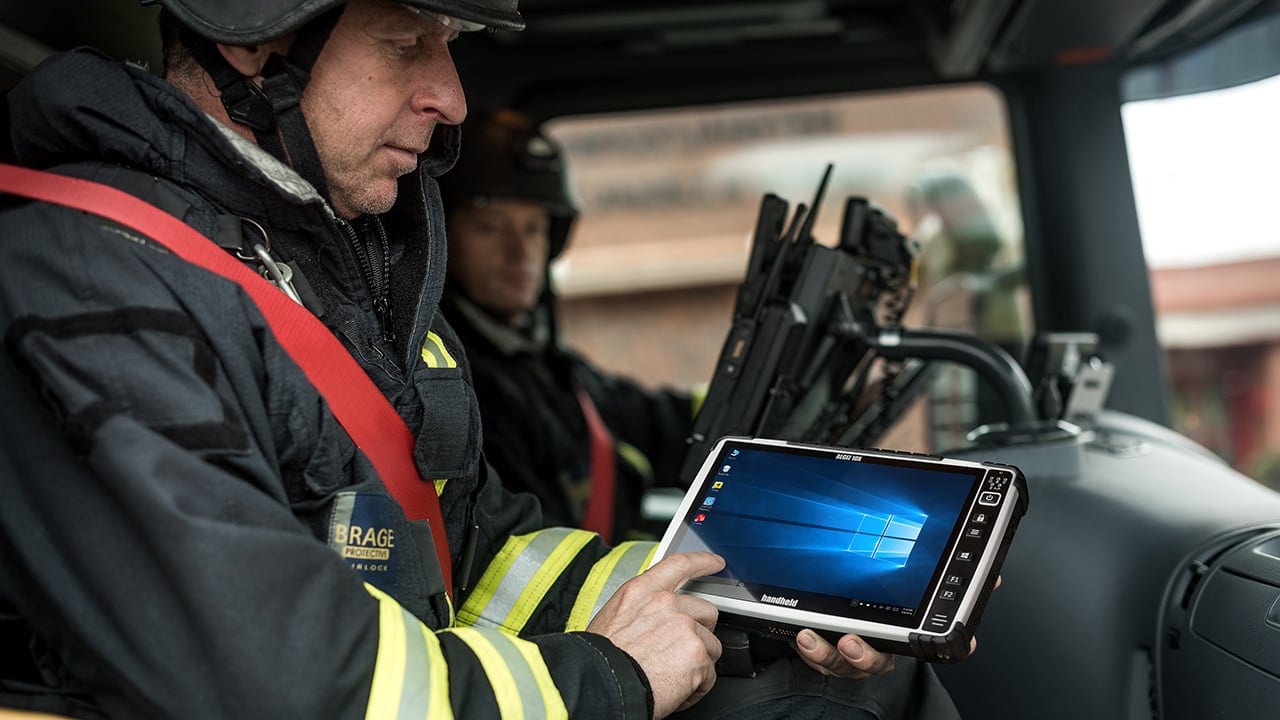 On this blog, we write about what we know best: rugged computers and everything around that subject. If you don’t know what “rugged computers” really mean, the information below may help you gain a better understanding.

A rugged (or ruggedized, but also ruggedised) computer is a computer specifically designed to operate reliably in harsh usage environments and conditions, such as strong vibrations, extreme temperatures and wet or dusty conditions.

A common theme for rugged mobile computers is that they are designed to be used outside or in tough industrial environments. Typical environments for rugged tablet and handhelds are construction, environmental sciences, public safety, land surveying, forestry, agriculture, field service, manufacturing, transportation, distribution and the military. They are also used in mining, oil & gas, and even outdoor recreation, just to name a few.

Virtually all rugged mobile computers share an underlying design philosophy of providing a both ruggedized internal components and a hardened “shell”. The internal components themselves are built to withstand extreme operating temperatures and vibration. Rugged devices are designed to resist drops, shocks, and vibrations as well as be dust- and waterproof.

Rugged tablets, or you may say tablet PCs or rugged iPads

A commercial tablet, like an Apple iPad or a Samsung tablet, is slim and lightweight, but it is not the ultimate choice for a work situation where it could be tossed around, getting wet or get dusty. And putting it in a rugged case only addresses the most obvious forms of damage.

What makes a rugged tablet rugged?

Fully rugged tablets are designed and built rugged from the inside-out to be able to handle extreme temperatures and other harsh conditions. They are engineered and tested to resist shocks from getting dropped, constant vibrations from being docked in a fork lift or, and to be dust- and waterproof so that the worker can focus on getting the job done instead of worrying about the weather.

An rugged tablet generally has no internal moving parts. It usually has a solid state hard drive (SSD) and it doesn’t need a fan, which further improves its dust- and waterproofness. Many rugged tablets have smart options such as RFID-readers, barcode scanners, or GPS to better serve the industries where they’re needed.

Ruggedization standards include ingress protection (IP classification), military test standards (MIL-STD-810) or the ATEX Directive. ATEX is short for ATmospheres Explosives; a European directive for controlling risk in potentially explosive environments like flammable gases that might be present in the oil & gas industry.

While it is still true that PDAs and tablets for industrial use must offer product stability and a longer life cycle, their design and style have become more consumer like. Screens are getting larger and brighter. Ruggedized devices now come with projected capacitive touch screens, like any other smartphone. And as user interface expectations change, Android has become the fastest growing operating system.

Just like rugged tablets, rugged handhelds and enterprise smartphones are built rugged from the inside and out. Their components are carefully selected to hold up in demanding environments in terms of vibration, shock, resistance to any kind of weather, heat, cold, water or other criteria. They also offer product stability and a longer life cycle, for the actual devices as well as for its accessories.