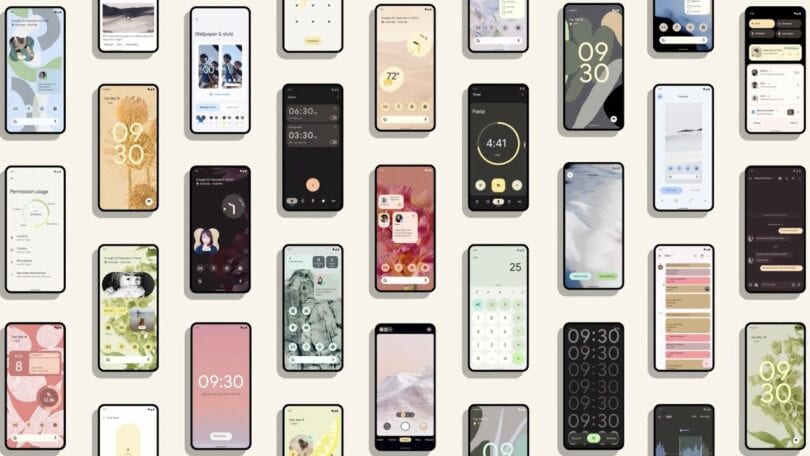 The Android 12 beta was announced at the Google I/O 2021 and is now the companies most downloaded beta ever. This should tell you something about the hype surrounding it. Now we´re getting a look at a couple of more features as Android 12´s beta 2 is being deployed.

Dave Burke, VP of engineering at Google, recently broke the news that this was the companies most downloaded beta ever. In the same tweet, he also announced that Android 12 beta 2 is available to be installed.

The second version of the Android 12 beta brings more control over your privacy with a new privacy dashboard. It also includes new visuals and implements the much-anticipated Material You design. There´s also some more info on the new and improved widgets! Keep reading for a quick rundown.

Material You is Google’s new design language for Android. The idea is to give both app developers and users more customization and design options.

As a user, you’re going to be able to change the appearance of third-party applications. Think of it as swapping to dark mode, only you get to choose the color theme. It can also generate a color theme based on your background image and implement it everywhere

For developers, it aims to adapt Material You designs to different screen types and sizes. The UI is supposed to react to screen changes, context changes and react in a “human” way.

The Conversations widget has arrived

Previously Android has been outclassed by iOS when it comes to widgets and with Android 12 they aim to change that. Android widgets will see a lot of changes and improvements and the new Conversations widget has arrived with beta 2.

The widget will pin a conversation thread on your home screen and let you jump right into it. The widget can connect to ongoing conversations from several apps like Google messages, Slack and Telegram. By default, it´s going to show the latest thread but you can also change it to a certain contact or group.

However, if you bring the size of the widget down to anything below the default it´s going to swap to displaying the profile of your contact instead of the message itself. Like all things in beta 2 this feature is unfinished, it doesn´t work on all devices yet.

After receiving criticism for its handling of user data and privacy, Google now introduces a range of privacy features.

The Privacy Dashboard will give you a neat overview of all the usage of your location, microphone, camera, and much more. You can then click on camera which takes you to a second page where you can see which apps have activated it and at what time. From here you have a shortcut to turning off any specific app access.

Aside from the dashboard, there is now a pop-up any time an app uses a feature like your location or microphone and an icon will display it in the top right corner. In the quick settings, you have the option to completely block all access to any privacy-related feature on your phone for all apps. This includes standard pre-installed apps, like blocking your camera app from accessing the phone camera.

These are some of the major new features of the Android 12 beta 2 and there’s more to come, look for Android 12 to go from beta to live this fall.