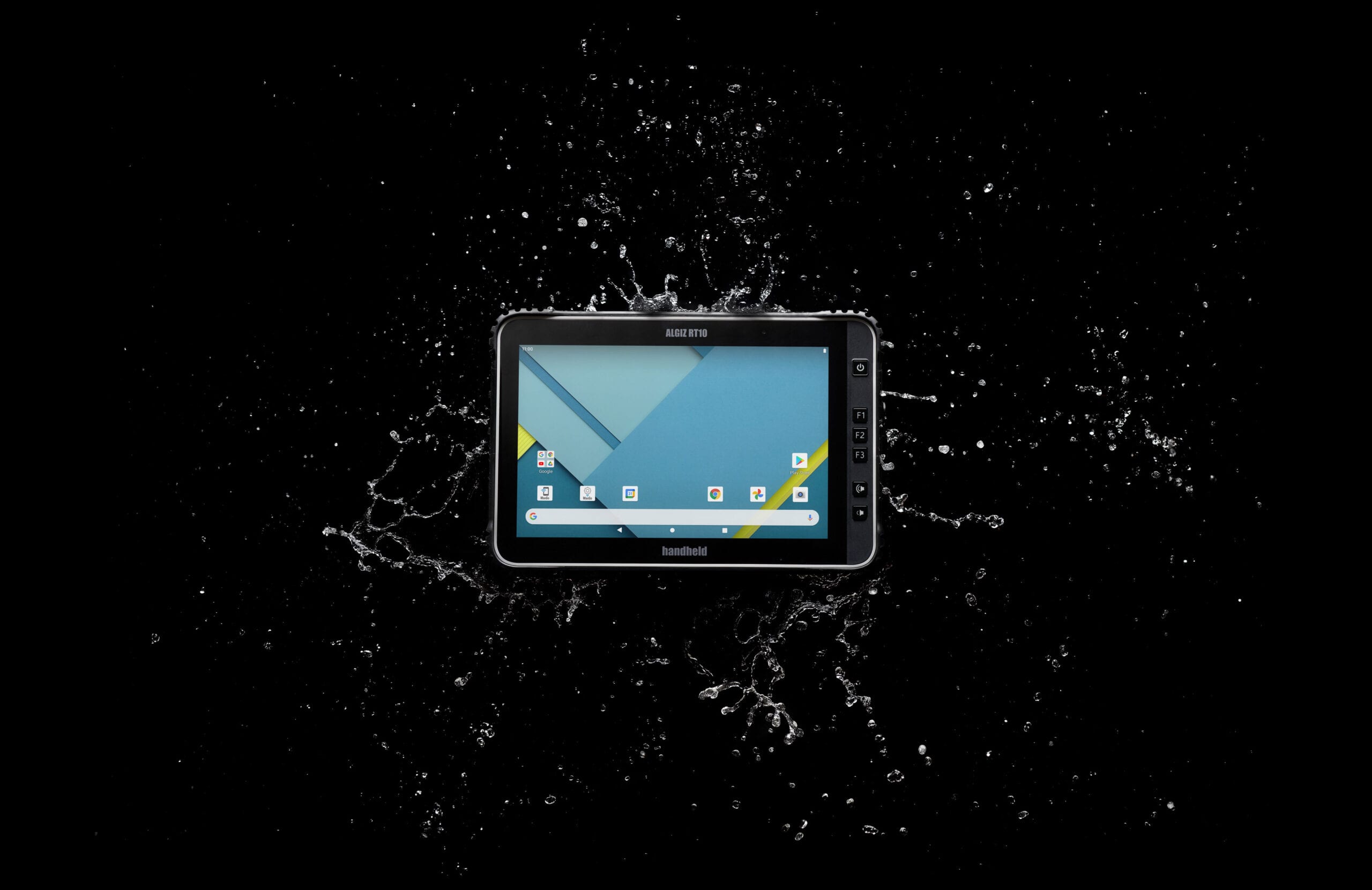 Algiz RT10 is an ultra-rugged 10-inch Android tablet and the latest member of Handheld Groups tablet lineup, where it joins the Algiz 8X, Algiz 10X and the recently upgraded Algiz RT8. With its big screen and high performance, the 5G-compatible tablet is tailor-made for increasing productivity in tough working environments.

This slim rugged tablet weighs in at 980 grams, has an IP-67 rating and has been tested by the MIL-STD 810G standard. In other words, it’s waterproof, dustproof, can withstand extreme temperatures and repeated drops. Algiz RT10 is not only easy to carry around, but it can also handle a lot of abuse.

The Algiz RT10 is equipped with a Qualcomm Snapdragon 480 8-core processor that is compatible with multiple 5G spectrums. The powerful processor will be amongst the quickest on the market when it comes to high-end rugged Android devices. In combination, this makes sure that the rugged tablet will be performing at a high level for many years.

5G is viewed by many as the next big driver behind digital transformation, especially in the industrial sector. More and more data needs to be processed in order to drive effectiveness. The ultra-low latency is going to be key for automation and real-time updates.

The rugged tablet is delivered with 6 GB of ram and has 128GB storage which can be increased with a micro SDCX card. It has a 5 MP front camera and 13 MP rear camera, equipped with flash and auto-focus. The 44,5 Wh is user-replaceable and will easily last a full day. On top of 5G, it’s equipped with 4G LTE, wi-fi, Bluetooth, dual SIM and GNSS.

Historically Android has mainly been viewed as an OS for phones and Google has generally tailormade both the OS and its apps for small units. Because of this Windows has been the more common choice for bigger tablets. Lately, Google has changed its view, highlighted by the launch of Android 12L and their encouragement of tablet-first applications. Many field workers have also expressed that the Android interface is easier to navigate in the field, two things that Handheld clearly has picked up on.

Just like the smaller Algiz RT8, the Algiz RT10 runs on Android 11 which is key for both compatibility with applications and the latest security features. With the increasing amount of ransomware and other cyber threats it’s essential to keep your devices safe and your data private. The Android Enterprise Recommendation shows the quality of the product and when it comes to this level of ruggedness it joins a single-digit list of Android 11 tablets with AER certification.

With a wide range of accessories, the Algiz RT10 is easy to customize for any job. There are carrying cases, hand straps, a shoulder carrier, pole mounts, several vehicle mounts and more. It’s simply easy to carry around no matter the job.

Like most slim Android tablets it has a limited amount of ports, 2 USB 3.0, 1 USB C and a headphone jack. However, if you need more connectivity Handheld has developed a clever vehicle dock that vastly increases the number of ports. HDMI, Ethernet, USB and antenna pass-through.

If you want an ultra-rugged tablet with a big screen and high performance there is a new contender in the segment.