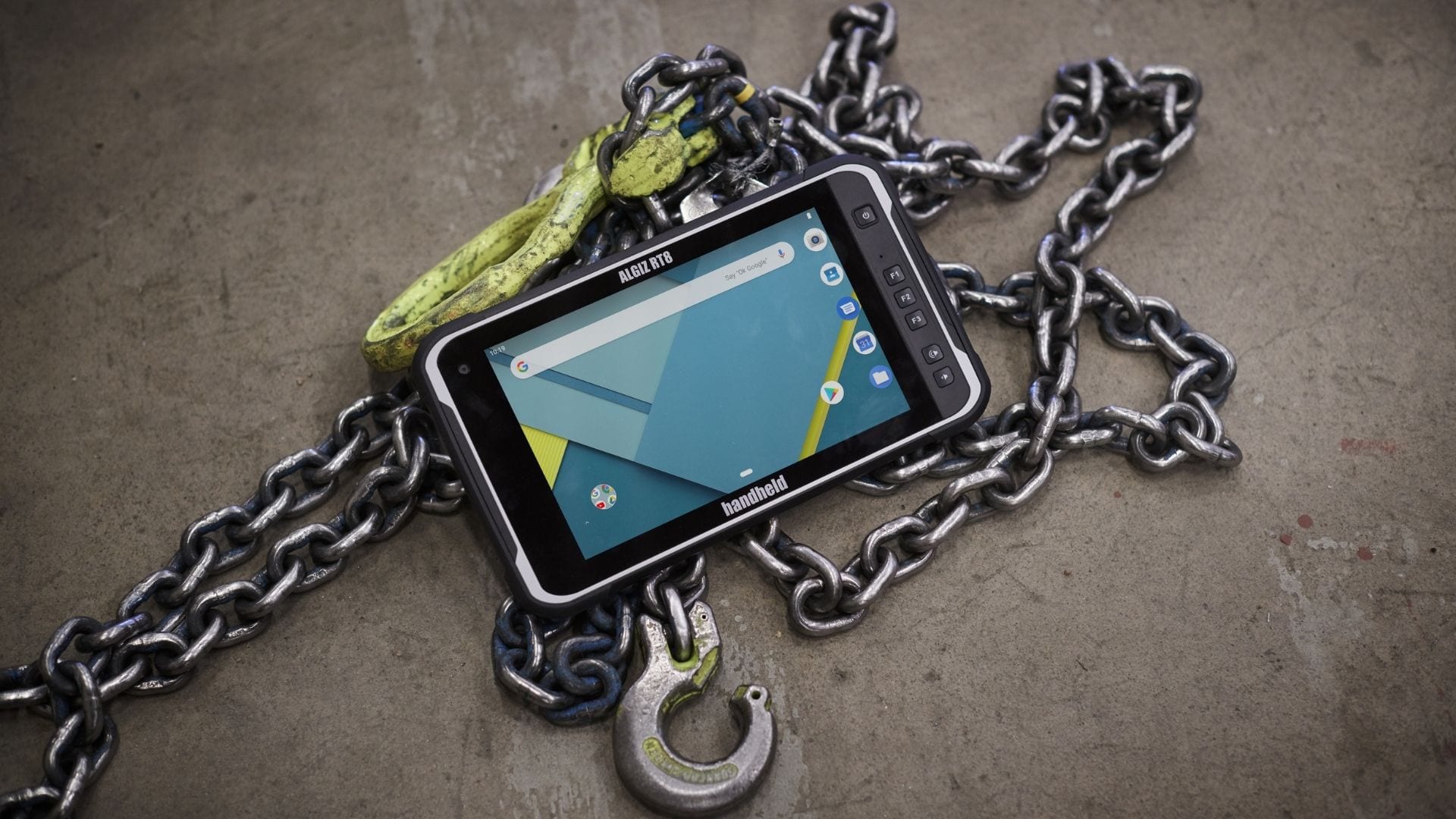 The Algiz RT8 is an ultra-rugged 8-inch tablet produced by Handheld Group, specifically produced to effectivize fieldwork. Now Handheld has announced that it’s getting a major OS upgrade, as the rugged tablet is being upgraded to Android 11. It has also been awarded with an AER certification. This puts it on a shortlist of rugged tablets that have both.

This follows a trend as Handheld has announced OS upgrades to several devices. Algiz RT8 will join Nautiz X6, Nautiz X9 and Nautiz X2 as rugged Android 11 devices. The NX6 and NX9 have also received AER certificates which is a major stamp of approval from Android and its mother company, Google.

The Algiz RT8 is a truly rugged tablet with an IP67 rating and MIL-STD-810G testing. It can be dropped repeatedly as well as withstand extreme temperatures, water and dust. The popular tablet will be even more effective on Android 11.

Rugged tablets on Android 11 will offer greater security against the ever-increasing threat of cyberattacks. A newer OS will not only have better built-in protection but the security flaws in the older code will be patched up as well. On top of that, it will work in a more efficient way. This means that the battery will last longer as the more efficient code will put less strain on the hardware and lessen the battery drain.

Having an up-to-date OS that’s also well tested will ensure that your devices remain compatible with all your apps and you will not have to worry about updating them. It also means you will continue to receive updates to the operating system, in general Android stops updating older versions after about 3 years.

AER is short for Android Enterprise Recommended and when a device is certified that means it has lived up to Android’s high standards and testing. It’s a vote of confidence to be recommended by Android for business use and an easy way for interested buyers to pick a quality device. The AER certificate places demands on the device’s ruggedness, its hardware and software. They will also have to be user-friendly for businesses, which means including useful apps and no bloat.

Algiz RT8 will now join a very short list of AER certified rugged tablets that run on Android 11. There are currently only 8 tablets in this category. If you look at tablets with the level of ruggedness that Algiz RT8 provides the list becomes even shorter. There is currently only one other AER certified rugged tablet that has both an IP67 rating or higher and Android 11. Impressive to say the least and clearly an excellent choice if you want a high-quality ultra-rugged tablet.