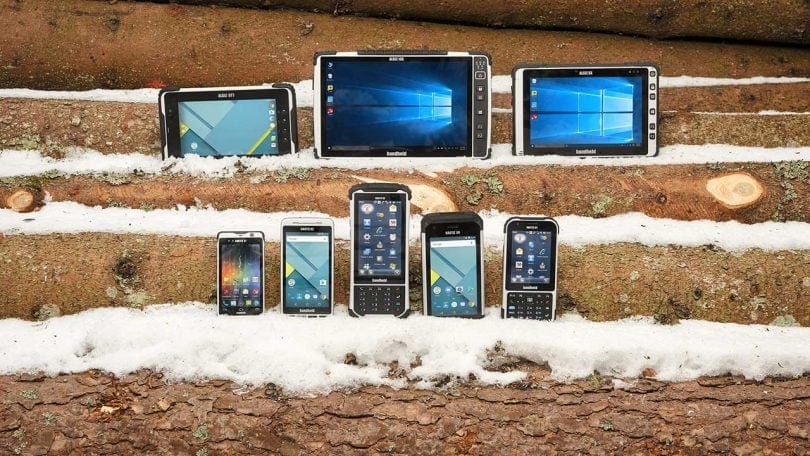 Regardless if you’re looking for a rugged PDA or a rugged tablet, the search for the perfect rugged computer to your operation can be a difficult task since there’s a lot to consider.

A wide range of rugged computers

To start with, there’s a lot of manufacturers out there marketing their devices as really rugged and tough ones. But it’s not always that easy to figure out which devices have the ability to operate in your specific environment with your specific requirements.

The products are often presented with a few familiar classifications and come in a rugged design, but that doesn’t imply that they’are ready to be exposed to your specific operation.

So in order to make sure that the device you’re investing in will last for three to five years of its life expectancy, rather than just for a single use, there’s a couple of things that need to be considered.

Firstly, you’ll need to address where your device will be used, and what conditions it will be exposed to. For example, the requirements of the device will probably differ a bit if you use it inside a warehouse compared to on a sailing boat. So, make it clear which environment your device will operate in.

Rugged computers are valuable tools for a wide range of environments.

Get inspired: See a wide range of environments where rugged computers play a vital role.

Are you looking for a larger tablet with possibilities to operate a big screen, or do you aim to deploy your whole team with a smart handheld PDA? These are questions that should be asked before deciding which size your device should have.

If the users of the rugged computers deployed needs to be able to see blueprints, maps or larger documents, a rugged tablet is probably a good idea. If they, on the other hand, needs to fit the device in their pockets a rugged handheld might be a better option.

Luckily there’s quite a wide range of form factors, and the step between the biggest handheld PDA and the smallest tablets isn’t that big. So you’ll definitely find yourself a good solution due to the big selection of rugged computers on the market today.

Depending on which industry you work in your device has to be compatible with industry-specific applications and software. So make sure that you choose a device that runs the correct operating system for the specific application or software you’re planning to install on it.

Android or Windows are the most commonly used operating systems out there, but some manufacturers can perform configurations for your specific needs as well, (if you’re looking for a solution with a software that’s only compatible with Linux for example).

Android and Windows are the main operating systems for rugged computers, but you might find other solutions as well.

As always when choosing what computer that should have the pleasure of becoming your main daily tool, the specifications play a big role.

We all want our products to perform as good as possible with high-end specs. But keep in mind that you might not always need the best of the best in terms of RAM, hard drive or processors if your device mainly will do easier computing tasks. One thing that often is more important for rugged computers is the battery life.

As mentioned earlier, there are easier and heavier tasks for your computer to perform. If you’re looking to be able to show maps from a GIS application in bright sunlight all day, you’ll definitely need a long battery life. A device with a hot-swappable battery might also be a good idea.

Furthermore, if you’re going to use your rugged computer for barcoding tasks it will drag power from the battery. The same goes for data collection and similar tasks.

Basically, the more you require from your rugged computer, the more power and specs will be needed. So make sure to dig into the specs before deciding on your rugged solution.

If you’re planning on using your device in bright sunlight you should consider a device with long battery life.

Lastly, we’ve got the classifications that you should be aware of. You’ve surely heard about IP (Ingress Protection) ratings since many manufacturers of consumer graded devices now also have begun to use them. IP-68, for example, means that the device is completely protected against dust and submersion at depth under pressure.

But IP ratings isn’t all that indicates a rugged device. In fact, there are other classifications such as the military standard MIL-STD-810G. A device that has passed those tests can handle shocks and operate at high altitudes etc.

And if you’re going to use your device inside a refrigerated warehouse or expose it to a very warm environment it needs to be operational at a specific temperature range.

So do not stare yourself blind on IP ratings just because it’s the most common classification. Start from the beginning instead and let the environment where you’re going to use your device decide what classifications it needs.

The Handheld Nautiz X9 holds some impressive classifications making it a powerful tool for loads of industries.

Learn more: What is rugged?

Feel free to Contact Us if you’ve got any questions! We’ll be happy to answer them and provide you with useful information as quickly as possible.

Find similar articles in our category: All about Rugged