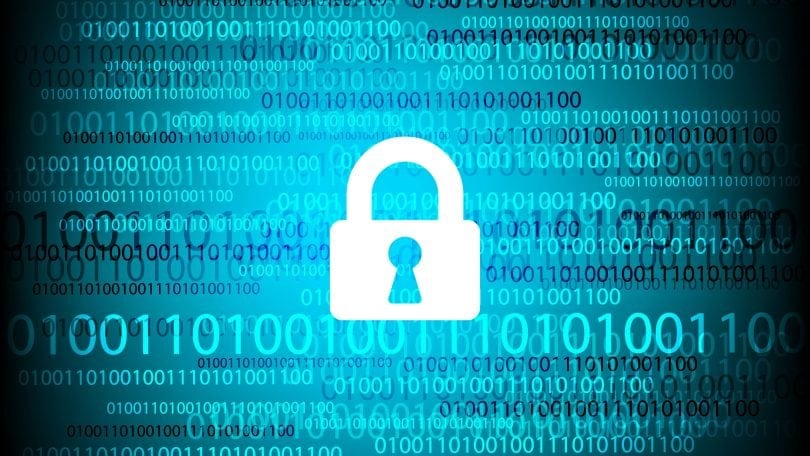 There are many different login methods on the market right now, and they all use different types of technologies. But how secure are they?

The technology being used to login to your mobile device has developed rapidly during the last couple of years. For example; we’ve heard about simple PIN-codes, fingerprint scanning and face recognition methods. But how secure are they? And could they have an impact on rugged mobility? In the following text, we will break it down for you.

A Personal Identification Number is a numeric code used to authenticate a user to a system. Except for being used to login to computers and phones etc. the technique is also frequently used while doing transactions with your credit card.

It’s probably seen as an “old method” and that’s partly true since it was first being used alongside the introduction of the ATM in 1967. However, it’s still used widely in our modern society and can almost be seen as a standard.

Security wise many feel the technique is safe, as long as the code stays within your own knowledge. If it doesn’t, well then, we got a problem. A hypothetic scenario could be if someone behind you in a line sees while you’re entering your code. After that, they memorize it and can manage to get into your device our making purchases with your credit card if they get over these belongings of yours.

The most common solution is then to lock your device or credit card, but isn’t that a bit old-fashioned? For the rest of the article, we will be focusing on a couple of more revolutionary login methods, that prevents the mentioned scenario.

The first thing that comes to mind for the main audience when talking about fingerprint scanning as a login method is probably Apple’s Touch ID feature, that was first introduced in 2013. But, the Toshiba models called G500 and G900 that came out in 2007 actually had a fingerprint scanner feature as well. The breakthrough for the technique did however not come until 2013 when Apple and other smartphone manufacturers such as Samsung really made it reliable enough for the daily users.

The positive thing about fingerprint scanning as a login method compared to the PIN-code method is that it’s faster and no one can really steal your individual fingertip, right?

But to state that this is a login method that is totally safe is wrong, as there are other ways around this. There may be ways to take advantage of the fingerprint that you leave on your device every day. It will, of course, require some resources in term of a high-resolution photocopy of your complete fingerprint, special chemicals, expensive equipment, and a whole lot of time. But it can be cracked.

But as you understand now, this is a bit more complicated than just someone seeing you entering your PIN-code and memorizing it. To put this in some kind of perspective, Apple claims that the possibility of someone else succesfully unlocking your phone using Touch ID is 1 in 50,000.

The latest trend hitting the markets right now is the one where you use your face and simply look at your phone to unlock it. As with the fingerprint scanning method, Apple is probably the most hyped company associated with this login method which they call Face ID. Just like the Touch ID, competitors to Apple had similar technologies out earlier that didn’t become as big.

What I’m referring to is the Galaxy Nexus phone that was a collaboration between Google and Samsung, which included a feature called Face Unlock in 2011. But due to rumors about being able to just use a photo to of a face to unlock the device, it never got the breakthrough on the mainstream market as they’d hoped.

Now, in late 2017, it’s definitely fair to say that the tech is having its breakthrough. And Apple’s statement saying that the probability of someone else unlocking your phone is 1 in 1,000,000 probably contributes to that.

On the other hand, a Vietnamese company called Bkav has printed out a mask made of powder from stone where the eyes are 2D-printed infrared images. Using this mask picturing the user of the phone they actually got into the phone. So, apparently, there is some kind of security issues regarding this facial recognition method as well. But to totally dismiss it because of this test is, of course, a bit harsh. What’s also worth mentioning is that the cost to manufacture this “mask” is around $200.

Below you can see how the Vietnamese company broke into an iPhone X via the Face ID feature, using a printed mask:

How all of these different technologies will develop in the future is yet to be seen, but we will surely see completely new innovative methods. What’s interesting to see right now is whether these latest methods could be a fitting solution for faster and more secure login methods for our rugged devices in the field.

The big question is if it’s really that smart to implement these techniques when rugged devices often are used in larger operations, and by more than one person at a time. For example, the facial recognition method is very personal so far. So how that would work, and whether it would be useful remains to be seen.

For more tech-related articles, head over to the full Technology archive.