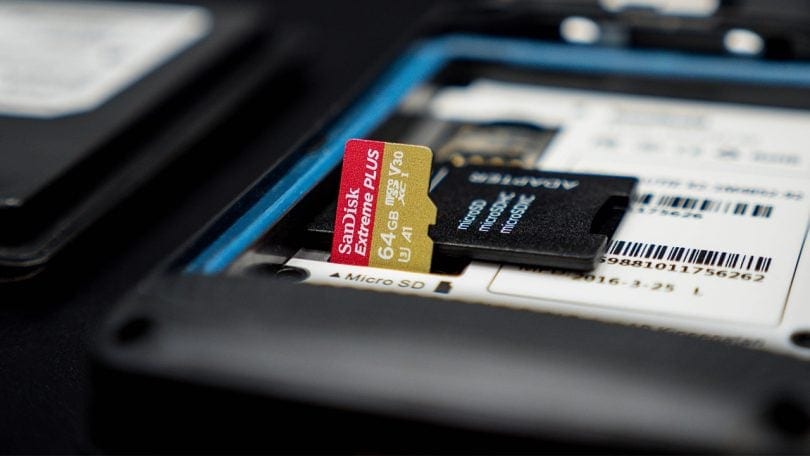 With storage capacities of up to 128 TB and transfer speeds at nearly 1 GB/s, the new SD-standard definitely excites, but don’t expect it too soon.

Previously we’ve had a max limit of 2 TB of storage when it comes to the capacity of SD card. But the SD Association now adds a new specification layer stretching the maximum storage capability to 128 TB.

These new SD Express SDUC cards will unsurprisingly also be faster than the older formats. In comparison to SD UHS – III which is stated to transfer files at up to 624 MB/s, the SD Express is said to push that record to peak transfer speeds of up to 985 MB/s.

Check out the video below for a more detailed explanation.

For all kinds of mobile devices, this brings greater opportunities in many aspects since memory cards with the specs mentioned above basically put SSD performance into SD cards.

But to put it all into perspective and being a bit realistic, we probably won’t see these maxed out SD Express cards brought to the market in the nearest future.

Specs in theory vs specs in reality

The previous maximum of 2 TB in storage was introduced as early as in 2009, but yet no one has released a product with that capacity. In 2016, SanDisk announced a 1 TB SD card but it never seemed to hit the market.

Now, a couple of months later the current maximum SD card available has a capacity of 512 GB and comes at a pretty tasty retail price around $200. This indicates that a 2 TB SD card probably will be incredibly expensive.

Infographic from the SD Association showing the capabilities of the different SD formats.

In conclusion, you shouldn’t expect anyone to produce a 128 TB SD card with transfers speeds at 1 GB/s and bring it to the market in the nearest future. But we can now state that there are possibilities to put all of these spectacular specifications into such a compact format as an SD card.

If all of the specifications and numbers feels a bit confusing, or you’re just wondering what kind of SD card that suits your specific device, we’ve got you covered: How to choose the right SD card

Looking for similar articles? Check out The Technology.