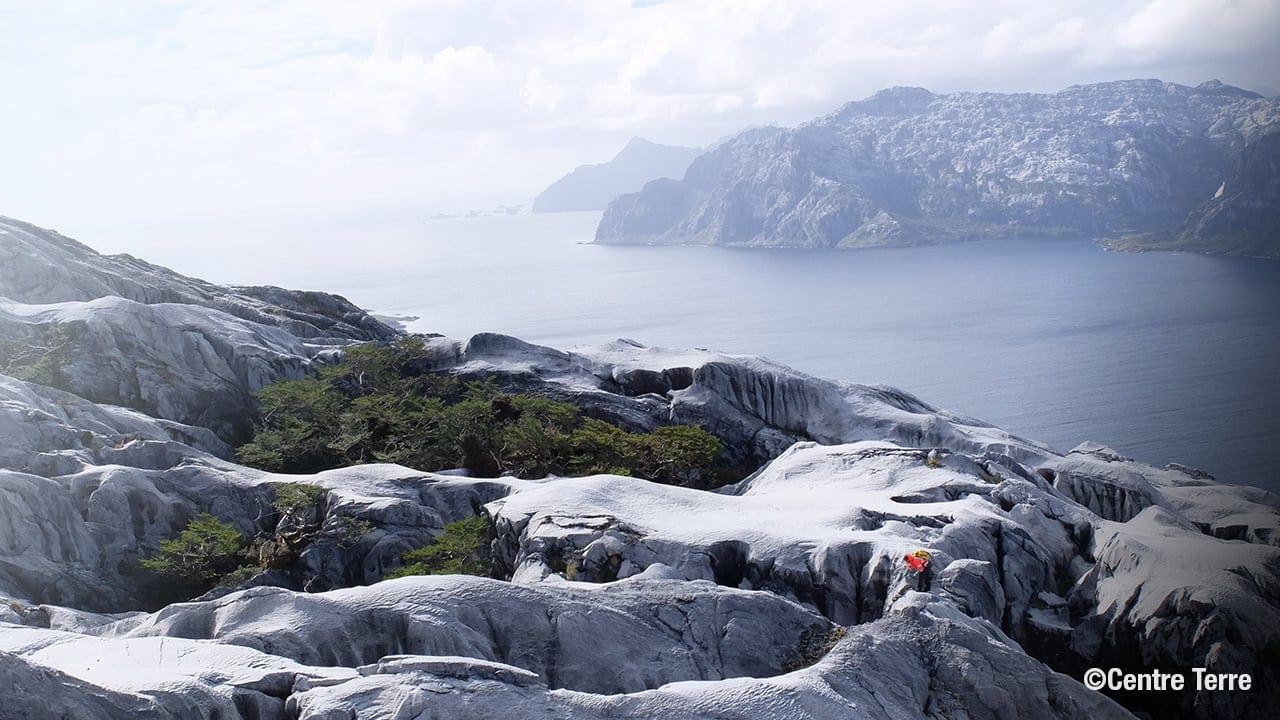 Over the last twenty years, the Association Centre Terre have done seven expeditions on the limestone islands of the western Patagonia Archipelago, located in the far south of Chile. They’ve discovered things like the Marble Glaciers, new animal species and archaeological remains of the first inhabitants of these hostile lands.

During some of the expeditions, they really struggled with the tough conditions faced. Assisted by helicopter, alternatively carrying their boats on their backs across the mountain, they were only able to touch upon the southern shore. This left a 150 km2 plateau in the north unexplored with potential for exceptional discoveries.

In 2017, a Franco-Chilean team of 25 speleologists explored this unknown area in what’s called The Ultima Patagonia 2017 expedition. At their disposal, they had the robust Nautiz X8 rugged PDA from Handheld.

When preparing for the expedition the team installed a bunch of useful tools on the device such as:

The rugged handheld was mainly used for marine surveying and for locating cavities. But the robust design meant that the team could take it everywhere with them and use it even on their boats.

The devices were sprayed with copious amounts of both fresh and salt water. They stood up well to this treatment.

After long days of surveying the data easily got transferred via BT from the Nautiz X8 to the computers at the base camp. Philips adds:

Everything worked extremely well, the device stood up to the cold, the humidity and the mud, as well as to the rough treatment inflicted on it by the cave explorers!

See the image gallery below and enjoy the spectacular scenery.

Find similar articles in the category On the Road.