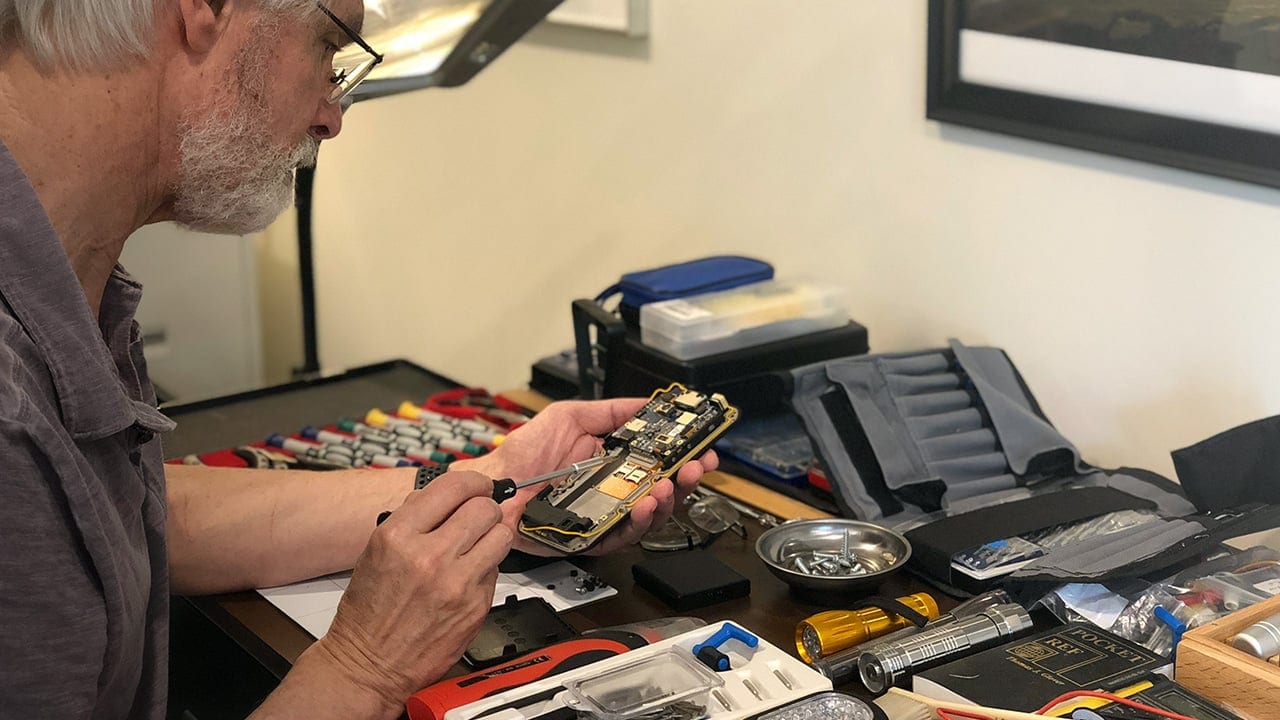 When it comes to testing rugged mobile computing gear, there is always the temptation to simply see how much abuse a device can take. Drop it until it breaks, submerge it until it leaks, rattle it until things come loose. That’s pretty much how official government testing is done – abuse it and see if it breaks.

It’s a workable approach, but it doesn’t tell you why the device broke. Chance? Did it perhaps hit the floor at a special, unique angle? Would another sample break, too? Is the test realistic in the first place? Maybe, maybe not. And that’s why here at RuggedPCReview, where we probably analyze and test a larger number of rugged devices than anyone else, we take things apart.

Sure, we could just abuse a device until it breaks and then send it back. But we wouldn’t know why it broke, and neither would our readers, most of whom are existing or potential buyers of rugged computers.

We open up handhelds, tablets, panels, notebooks and industrial PCs. We dissect them methodically, documenting our progress, jotting down observations and commentary. What we find inside a product becomes part of our detailed reviews, including pictures of the insides and of interesting details.