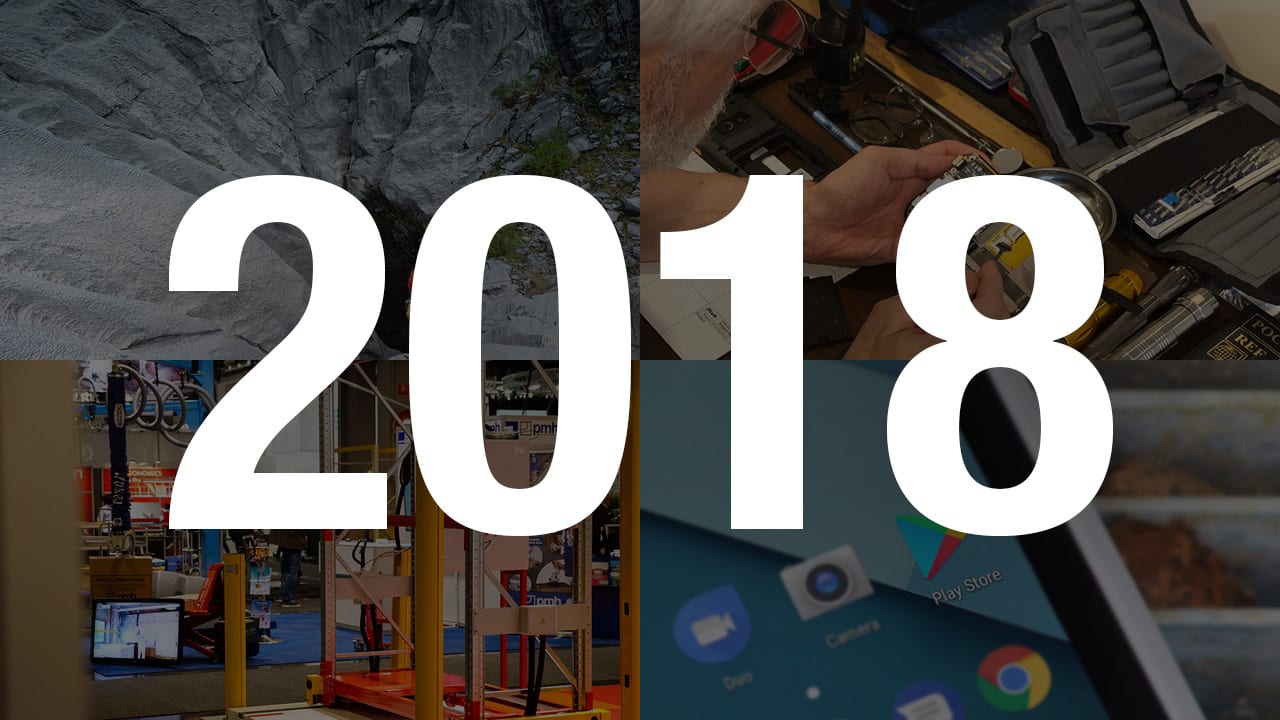 A big year for Android

2018 was a big year for Android. The operating system released its 9th version Android 9.0 (Pie), celebrated 10 years, and IDC forecasted Android-based rugged devices to grow at 23% annually. Check out the articles below:

This year, we published several in-depth guest blogs written by Conrad H. Blickenstorfer from RuggedPCReview.com. In one article he described how they test rugged computers in detail and why they take things apart.

Read the article: Product testing: Why we take things apart

We also highlighted how to choose the right equipment to get a complete rugged solution for your specific task.

Read the article: How to choose the right rugged accessories

There’s been a real hype when it comes to 5G this year. We’ve heard loads of promises from carriers, but we will have to wait a bit longer to experience true 5G. Find out when to expect 5G, how the technology works and basically everything you need to know here:

At Google’s annually I/O event, the new features inside Android 9 got a lot of attention. But there were one thing that stole the show completely. During the event, Google’s CEO Sundar Pichai demonstrated Google Duplex which made the audience drop their jaws.

See the video: 7 highlights from the Google I/O event

A Franco-Chilean team of cave divers used the rugged computer Handheld Nautiz X8 for marine cave surveying in remote parts of Patagonia. Enjoy some spectacular sceneries in this article:

What we’ve been up to On the Road

Throughout the year we gathered content from some of the events we attended. Check out our coverage from the Logistik & Transport – The Nordic region’s leading exhibition and conference for the entire transport and logistics community:

Videos that shows how to boost your devices

Since video-content constantly becomes more popular, we’ve produced more of that as well. If your Android device has started to feel a bit slower than usual this video-article is a must for you:

5 tips for a faster Android device

Thanks for 2018, and we’ll see you in 2019 with loads of new coverage surrounding the latest within rugged tech!