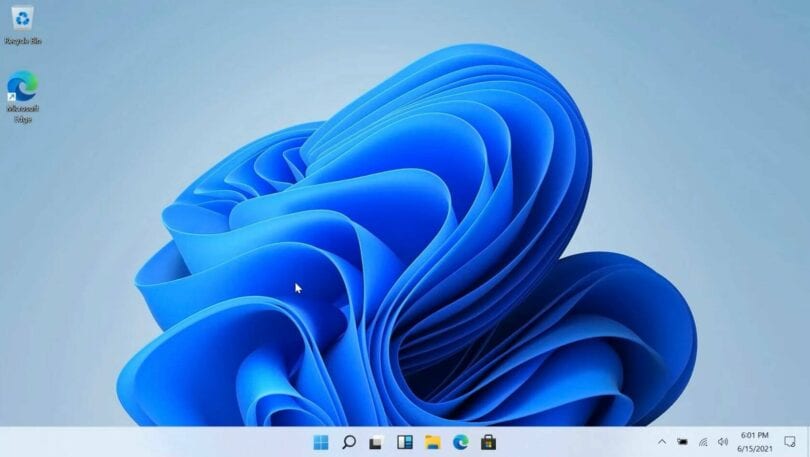 Windows 11 has leaked ahead of the official announcement. Here´s what we know about the new features and updates.

Just a couple of days ahead of Microsoft’s virtual event on June 24th Windows 11 leak. The event is going to “unveil the new Windows” but now it appears we can already get a look at it. The branding “Windows 11” has not been officially announced but judging by the leaked version the name will probably remain.

More than a couple of pictures

It’s not just a couple of screenshots that have been snuck out of the Microsoft office, it’s the entire operating system. First screenshots appeared on the website Baidu and now there are several clips on Youtube of people testing every aspect of Windows 11.

The leak shows a very different UI than that of Windows 10 but it’s not entirely new. The taskbar is centered and it has a fly-out start menu. This looks very similar to what was featured in the now-scrapped Windows 10X. While a lot of the 10X features are being reused, Windows 11 is built upon the same core as Windows 10 which Windows 10X was not.

The start menu looks and feels like a simpler version of the Windows 10 one. It contains pinned apps, recently used, and a quick way to turn off or restart Windows. If you’re freaking out about the centered start menu don’t worry, you have the option to move it back to its original position on the left.

Windows 11 also appears to have a lot of the aesthetics of the Sunvalley update. It features rounded corners on apps, menus, and the file explorer. More changes to the included Windows apps are expected but the leak appears to be an early version.

This new Windows version also contains snap controls. When you click the maximize button on a window it gives you the option to assign a window to a certain portion of the screen. This makes it very easy to work with several apps side by side.

There has been a lot of new functionality and updates expected to come with Windows 11 and some of them are in the leak while others are not.

The Windows app store is expected to get a major overhaul but that is not something that is in the leak. The Windows store basically looks the same as in Windows 10 in this version but this is still an early version. Judging by what Microsoft’s CEO has announced we can expect a new and improved app store in the finished version. Satya Nadella has gone on record saying they will “unlock greater economic opportunity for developers and creators”.

Windows 11 also comes with a new setup where the user will be guided through setting up the new hardware. It even comes with an entirely new startup sound!

Widgets are making a comeback as well and they have their own icon in the new taskbar. The widgets area will slide out and give you smooth access to things such as web content, news, and weather information.

Support for Windows 10 will remain

There is no need to worry about being forced into an upgrade, support for Windows 10 will remain for quite some time. Microsoft has gone on record saying that they will keep Windows 10 updated and secure until at least 2025.